This morning, curled up in a ball on the couch, hoodie pulled over my face, I cried like a teenager while my husband left for work. The baby, who decided to wake for the day at 5:00 am, gurgled in her swing while Morning Show hosts prattled on about celebrity couples. I didn’t even know J.Lo had another new boyfriend. Can’t say I’m surprised. 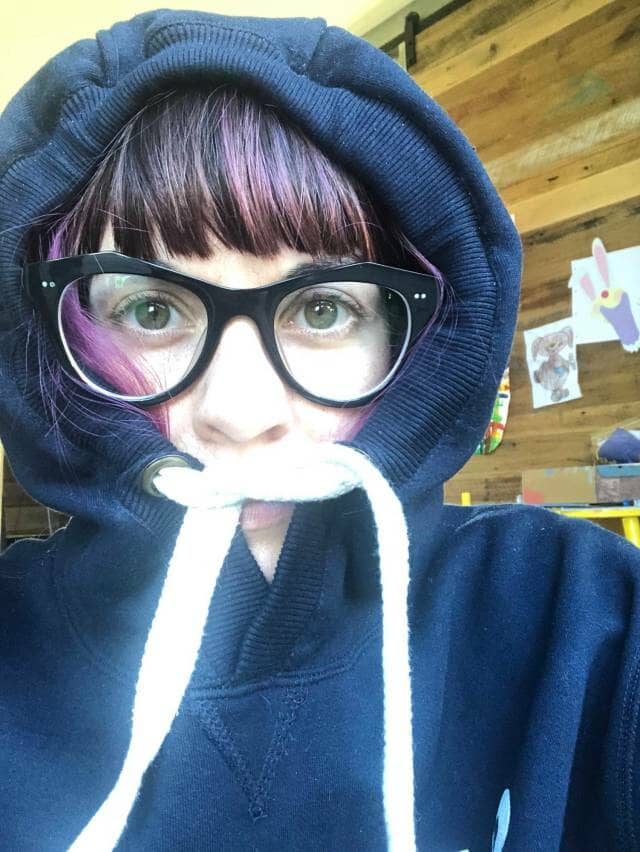 Depressed people tend to focus on the negatives. Like how today there’s no kinder, no creche (at the gym), daylight savings just ended, and my kids didn’t get the memo.

I haven’t used the D word much lately, maybe it’s time to call it.

Sometimes even our most skilfully built villages aren’t available when you’re a transplant. I can’t call my Mother to come over for an hour so I can go back to bed because I’m on the other side of the world. She would probably remind me that it was my choice to move to Australia (as if it were a choice). My Mother in law has already done some hard yards for us over the last few months. So, here we are.

My makeshift village is a skeleton crew after the Easter long weekend. I have (many, amazing) friends but I wouldn’t dream of calling them on a day when my main complaint is, “I feel blah,” they have their own kids on school holidays and don’t need to add me to their responsibilities list.

I tell myself, “Get it together, you should be better by now, Imogen is six months old.” The dreaded first year is half over. Well….perhaps the truth is I didn’t completely escape PND this round. Maybe for different reasons, and at a lesser intensity, it’s still the same familiar beast. We had a support network in place but we also had silent reflux. Same, same, but different.

In the middle of the night, the tiredness actually makes me feel old and worn out. I bleed motivation for projects that typically fire me up and make me happy. The question meant to kill all creativity creeps into my mind, “What’s the point?”

What IS the point? 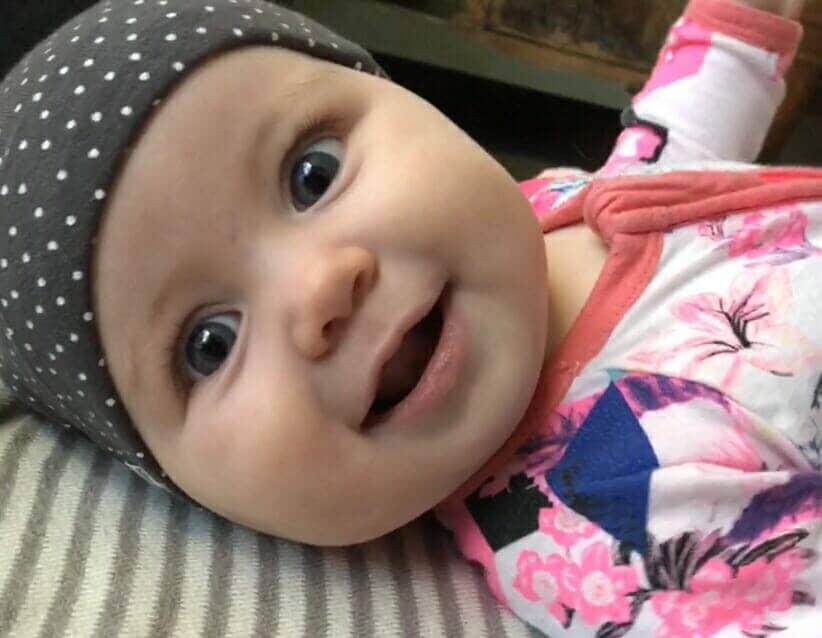 When I look at the baby through my hoodie hole, she smiles at me. Big. I don’t want to be cheered up but I can’t help it. This is why I don’t run away and why I don’t quit.

I decided to drop any and all expectations of myself today. It actually helped a little.

Sweeping the floors I started writing sentences in my head then gave myself permission to stop bloody sweeping and record a few words while the kids were entertained. If I didn’t I would lose the story like I’ve lost countless others to the newborn fog.

Writing, creating, and sharing it all, is the thing that will pull me through.

When Lavinia told me she had enough TV, I decided she deserves the playground for being such a legend (I flipping hate playgrounds). And since I haven’t left the house or yard in six days, maybe I needed a walk as well. 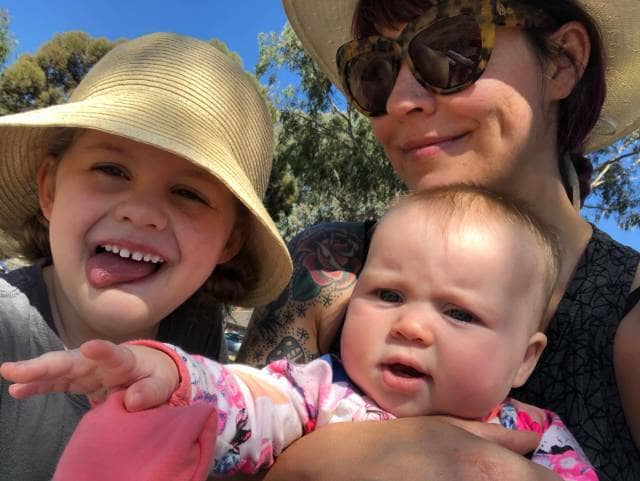 It took a few hours because we didn’t rush. (I’m not exaggerating, it can take hours between bottles, meals, nappy changes, outfit changes, sunscreen, hats, and shoes to get two kids out of the house- just in case you didn’t know.)

Mama got a treat too. I stuffed the laptop in the pram in the hopes of having a few moments of baby-nap. You’re reading this so, you know I scored!

Depression sucks a lot of life away but maybe if I take these tiny opportunities to shine things up, it could end up a much better day than it started out to be.

← 5 Ways To Help Fussy Toddlers Love Mealtime Do I have to eat my words about sleep training? →