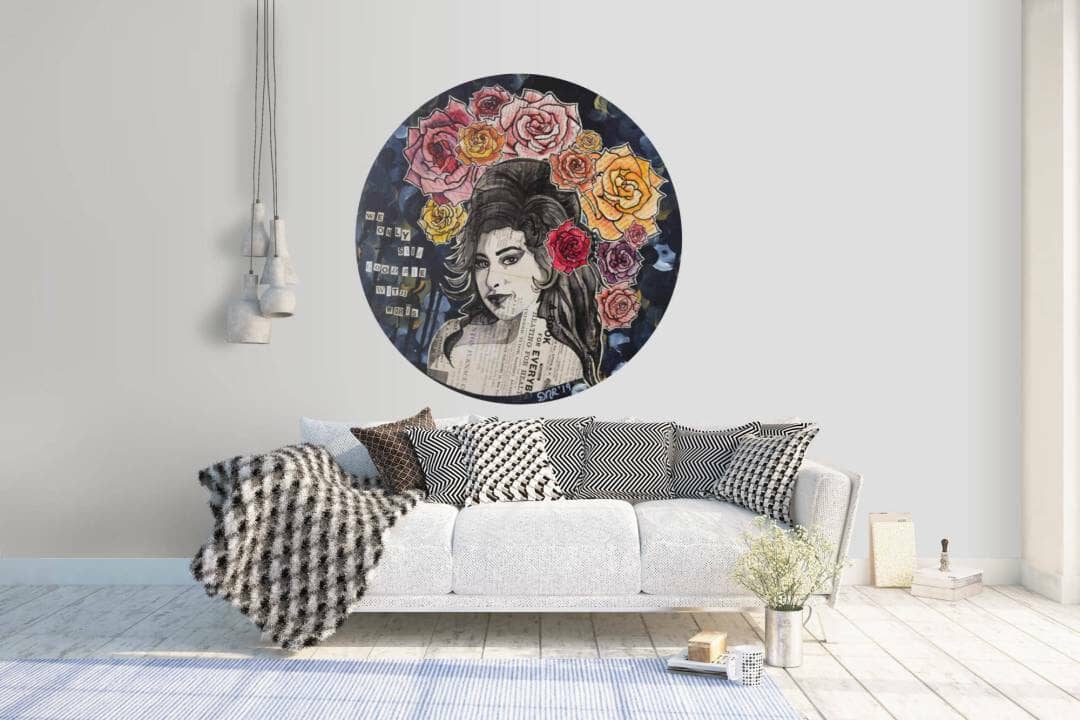 This work is for our TAM show, Full Circle, at The Vines Cafe. The theme is open as long as the piece is round and 40cm in diameter.

I had the idea to do a piece about Amy Winehouse for this show. She is still one of my favourite musical artists of all time (and that’s saying A LOT because I love music, all genres).

To prepare for this work, I re-watched the doco “Amy,” and listened to her album on repeat while I created it. I tried to channel her at peace.

When Amy passed away, it’s the only time I’ve mourned a celebrity. I listened to her music for days on end and dressed as her for Halloween (I sound a little unhinged here, but it’s the truth).

Back in 2007, I had the privilege of seeing Amy perform live in Amsterdam in a club called, Paradiso- a converted church venue. I only knew one of her songs at the time, “Rehab” was all over Euro MTV. We sat in the balcony and watched her teeter around on the stage (she’s hammered! I thought to myself) but that big voice sounded incredible and I loved the rest of the music.

The next day I Mapquested the nearest music store and purchased her album. It’s been one of my standbys ever since.

RIP to a creative genius, gone too soon. 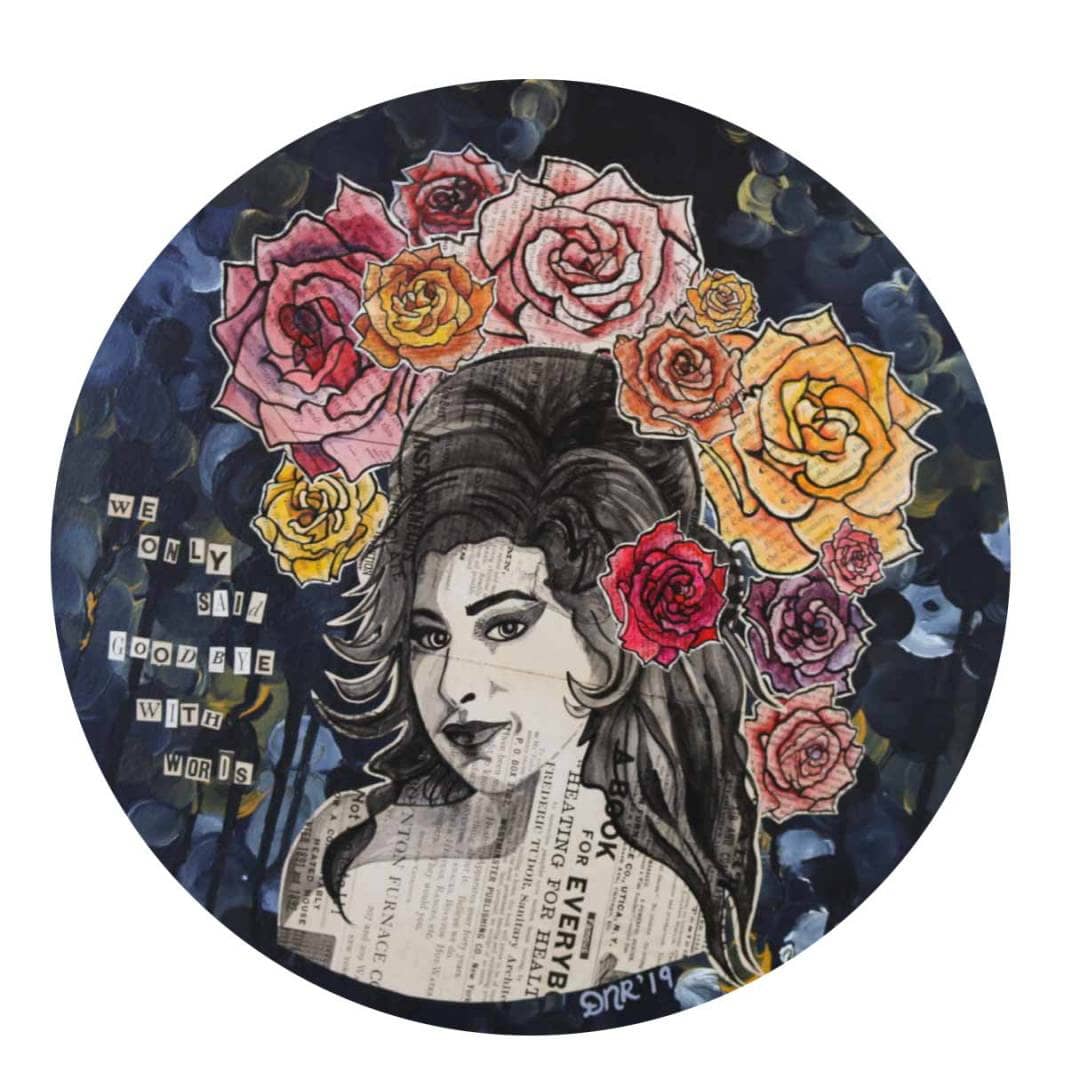 But You've Given Me Blooms →